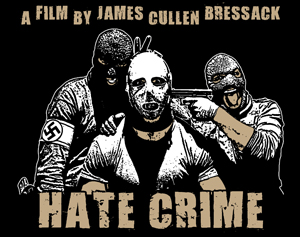 Hate Crime is a disturbing film about Nazi skinheads violently torturing an innocent family. I don’t even think the movie was one minute into it before these fuckers in black stormed this unsuspecting families new home. It’s extremely vulgar and they definitely weren’t afraid to cross any lines. The entire movie was shot in first person (i.e The Blair Witch whatnots), but it was done extremely well. The acting and the filming itself was done great, but of course I have something to pick at. Something about the scenes of these family members being tied up and scared shitless just wasn’t doing it for me. Something about those ropes was painfully obvious that they were tied really loose, making it look a little cheesy. But I understand there’s only so much you can do to show that this family is trapped and suffering before you actually start hurting your actors.

I felt like the subject matter was great, but I found myself getting bored from time to time.. okay, I might have just realized that I’m totally fucked and should seek therapy as soon as possible. Check out Hate Crime if you want to feel like a terrible person for voluntarily watching this movie.

Well guys it’s been tough getting ourselves back on track after the disastrous start to 2013. But the good news is we’re almost there!

Now it gives me great pleasure to introduce the latest member to join our team: 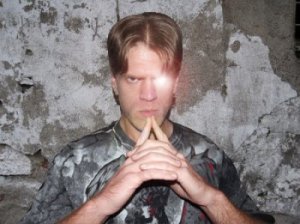 Dan is a musician specialising in the metal genre. Last year he released two EPs and two full length albums (links can be found below) His music contains horror themes, including tracks influenced by DOOM (The popular game franchise/ movie adaptation) sometimes adopting a creepy ambience (being described as an aural journey through a haunted house) and industrial thrash centred around a zombie apocalypse.

If you would like to read more about Dan and his band Throne of Anguish, you can check them out here

I’m sure you, like us, will welcome Dan with open arms and believe him to be a great asset to our ever-growing team of horror fanatics. The more people who make up Erebus Horror, the more indie horror support we can bring. 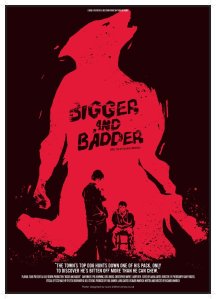 Welcome back everyone! Have you guys missed me? I’ve missed you — I mean that in the least creepy way it is possible for a complete stranger on the Internet to say that to you. It’s been a minute since I’ve had a chance to write something new for you guys, so hopefully you won’t be disappointed.

Bigger & Badder is a short film created by Richard Wantuch. What we have here is a drug deal gone bad because of a werewolf, don’t you hate when that happens? A kid named Peter goes on his first “delivery” for his dickhead of a boss Trevor (seriously, when you watch this you will hate the shit out of him). Peter and another man enter the bathroom together, in a totally not weird way at all, to exchange the package. The swap is cut short when an old man barges into the bathroom acting fifty shades of crazy, and eats Peters associate.

All in all I thought it was pretty good, but I do have something I need to get off of my chest. It’s 2013 and we still have not found a way to make werewolf costumes look less shitty! It’s a fact and ya’ll know it. The werewolf did look lame, but I wouldn’t feel bad about it, because I think 99.9% of every werewolf costume looks fucking cheesy (if you go to my blog you can actually see a picture of me in my werewolf costume this year, and yes my boyfriend was a slutty little red riding hood). I really enjoyed the ending and it made me wish it were a full-length film. If we work together, we can help fight against shit werewolf costumes. 2013: The Year Of Change For The Werewolf – YES WE CAN!