Corey Feldman – Horror actor or not? 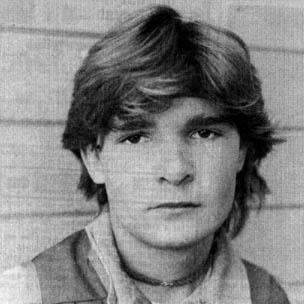 At what point does an actor earn horror status? This is a question I started to deliberate a few days ago following an argument I had with a snotty teenager on a bus.

Now for those who read my previous post, you will be aware of my distaste for public transport. However I persevere and jump on the bus every now and then to avoid having to walk for miles in sub-zero temperatures.

Anyway I was sitting behind these women who were discussing the TV show Dancing on Ice (an indication of their peculiar interests to begin with) and they were talking about Corey Feldman. One of the women asks who he is, to which the other replies she has no idea. I would’ve let it go, until the first woman suggested he may have been a pop singer from the 80’s! At this point I just had to correct them:

“No he’s not!” came the reply of some snotty young lad beside us “He was in The Goonies”

The two women looked back at me for confirmation. “Yes” I agreed “He was, but he is better known for his horror appearances. That’s what made his career” (and subsequently ended it (lost boys trilogy) but I wasn’t going to admit it to that little shit)

“He’s been in more normal films than horrors” was his response. I felt my anger start to burn as a result of his ignorance. He spoke of horror as if it were abnormal!
“Yes” I agreed again, feeling my voice grow louder “But the highlights of his career are horror movies and any horror fan will tell you that if an actor has appeared in five or more horror films that automatically makes him a horror actor!” (I have no idea where that came from; I was just trying to shut this kid up. But it did make me wonder later on…)
The kid looked as though he was going to snap back when another passenger joined the fray.

“He’s right” she hollered from the back of the bus “Feldman is definitely a horror actor; they’re the only decent things he has been in!”
My ally came in the form of a young gothic teenager sitting with a group of friends who all nodded in agreement. They didn’t look like a group to mess with and I think the snotty kid opposite realised this. All he could manage was “Oh” before turning away.

The conclusion could not have come sooner as my stop approached. Standing up I turned to back of the bus;

“Cheers girls” I waved farewell. I turned back to the two women and said “So if anyone asks who Corey Feldman is you know now”

One of them turned to her friend and asked “Wasn’t he in Dallas?”

It goes to show that, not only do we share similar interests, but we also share camaraderie (Erebus will be impressed – I’m sounding more like him every day)

Anyway, the point of this post was not only to share my experience, but also to raise the question of; ‘What makes a horror actor?”

Do you think it’s a horror movie being the most notable aspect of their career? Or does it relate to the number of horror films they have starred in?

In my opinion, Corey Feldman is definitely a horror actor. Not only has he appeared in the three Lost Boys movies, he also has two Friday the 13th credits, as well as roles in; Gremlins (okay horror might be a stretch…) and Bordello of Blood to name a few (I know there are more, I just can’t remember them off the top of my head… Wasn’t he in a few horror TV shows as well?)

Anyway you get my point – Something to consider next time you see a horror actor on-screen!